In the images, I want to analyze what the underlying volumes are, what the details are, how the cloth folds and why, the pose and what it says about what the character is thinking, what happened before and after, and what has to be drawn accurately and what benefits from a looser approach, the two-dimensional shapes it forms, what to learn and remember about the pose in general for future drawings, things I could change. More

Learning To Draw From Watching Others Draw

Week two of me going cold turkey on social media! I have withdrawal symptoms as my reflexes still try to open the social media apps that are not there anymore! I just deleted the apps, not my accounts.

I have this same feeling with social media gone. What should I draw now with all that extra free time?

HAVING Knowledge Is Not The Same As APPLYING That Knowledge

I played rugby a lifetime ago, and a senior team was short one player. They asked me to join.

I noticed an interesting thing happening as we played.

The team captain directs the team; in this case, he gave feedback to fellow players, pointing out things they were doing wrong.

And then he proceeded to make the same mistakes!

There is a drawing by a child in chapter five of the book “Drawing on the Right Side of the Brain”. In it, his parents were standing in the center. He stood on one side of them, and on the other side stood his bigger sister. From his sister emanated a huge claw-like hand on a monstrously long and big arm that bent around the back of the parents and towards him while she also shows her sharp teeth.

That drawing said something about his relationship with his sister as he perceived it when he was making the drawing.

How To Take On Assignments

A while back, I made book illustrations for a few self-published writers. It was great fun, and I learned a lot. I wrote about it here.

The trick was to read their book first, so I understood the tone of the story, and to ask questions after that. Which famous movie celebrity did their characters look like the most? What did they think things looked like?

I will be making drawings I am happy with, of course, but the goal is also to make drawings a customer is satisfied with. You need to find out what they see in their mind's eye. If what you produce doesn't come anywhere near that, they will be disappointed and won't use the art, which will be a gigantic waste of everyone's time.

The Rules Are Actually Ingredients

You have probably heard of many rules of art, and I want to focus on one specific one because I think it is instructive.

The rule I want to take a closer look at is the rule that you should avoid tangents.

When my daughter was around two, I remember that she was drawing, and I decided to draw along with her. I took a color pencil, and I started to make lines on the same paper.

The Case For Missing Deadlines

Long ago, I worked at a software company where they had aggressive, ambitious product plannings.

They would end-of-life a version of a product and then ramp up production of the new version. The company made a lot of money every day. The thing about that was that you couldn't miss even a day. Each day you miss revenue, you will never get that back. So if I was one day late at delivering the software, the company lost a lot of money.

DON'T Be An ARTIST!

Try Not To Be An Artist

People act surprised when I tell them that I don’t see myself as an artist.

A Weekly Reset For Artists

The book “How to Win Friends and Influence People” is an excellent read. In the beginning, he introduces the idea of taking some time every weekend to look back at what you did last week.

What went right, what went wrong, and what do you want to change for the coming week?

Surely, “Practice Drawing This” has gone crazy? Artists, eating dog food? Stay with me, though. More

Artist, Compete With Me!

A while back, something incredible happened; The Inktober account on Instagram suddenly shared two of my posts. My account started growing like crazy after that, which was awesome! (By the way, I think that might still be one of the significant ways you become more visible, anywhere, is when a well-known name shares your work, but I digress.) More

The Games We Can Play

Recently, I was reading “Creating Comedy Narratives For Stage And Screen” by Chris Head—it’s surprising how much you can learn when reading non-fiction books about subjects adjacent to creating art—and one great insight from it, for me, is that comedy writers will create little games that help them generate comedy ideas. More

Do As Many Things As Possible!

(Last week, I argued that you should focus on doing only one thing .)

This week, I will argue that you should consider doing many different things instead and not stick to doing one thing.

Stick To Doing Only One Thing!

(Next time, I will argue the opposite !)

The Case Against Using Link-trees.

You know link trees: Instagram, and many other platforms, allow you to have one link in your bio. But you do so much! You have a YouTube channel. An Etsy shop! A website! And more!!!

Which link should you put there?

Should You Go To Art Academy?

Should You Go To Art Academy? Here are my thoughts on that. More

You have probably heard of this story: a teacher once divided a class into two, giving each half a different assignment.

He instructed one half to produce one finished piece at the end of the period, and they had to make it as good as possible.

The other half was instructed just to make as much as they could.

The interesting result was that the group that produced many quick pieces ended up with better results!

Look at what I was able to get my hands on! More

Do What Makes You Happy!

Last week, I wrote a letter in which I argued that you should keep your audience in mind when creating a product.

Well, this week, I shall explain why you should completely ignore everything I said in that last letter.

You choose which of the two is more applicable to you.

To start with, you don’t create good work if you don’t “feel” it.

Make For An Audience!

If you want to make money with your art, or if you are just out for admiration from an audience (and it is a good idea, to be honest about that, to know what drives you), you need to make something they need.

Why do people buy your work?

Do You Do What's Popular, Or Do What Makes You Happy?

You’ve seen that I made these pairs of letters where I passionately argue a point, only to argue the exact opposite the week after.

I did that because, to be honest, each approach has its advantages and disadvantages. Which approach is best for you depends on what you want to achieve. And since I don’t know what you want, you should not trust my opinion.

All I can do that could be of value to you is lay out the advantages and disadvantages of each.

I want to split a topic into three for the next three weeks. I want you to think about it first, and then I will argue both sides like there is no tomorrow.

Learning To Draw: The Top-Down Versus The Bottom-Up Approach

Forty-two years ago—I might as well tell you that I am an old man—my father started teaching me how to program. We had an Osborne computer, and my father taught me how to program in Basic, the programming language you had on all these computers back then. More 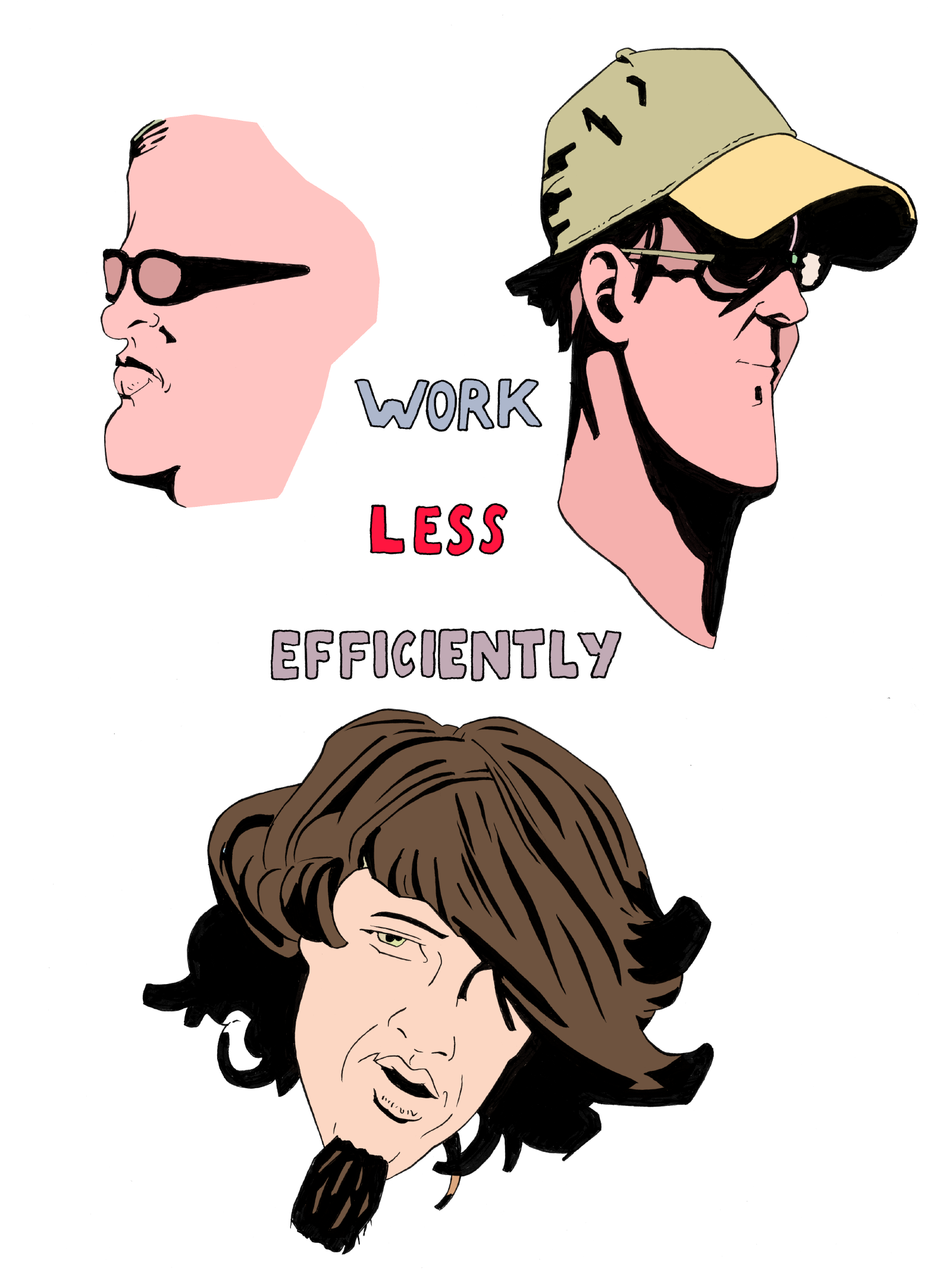 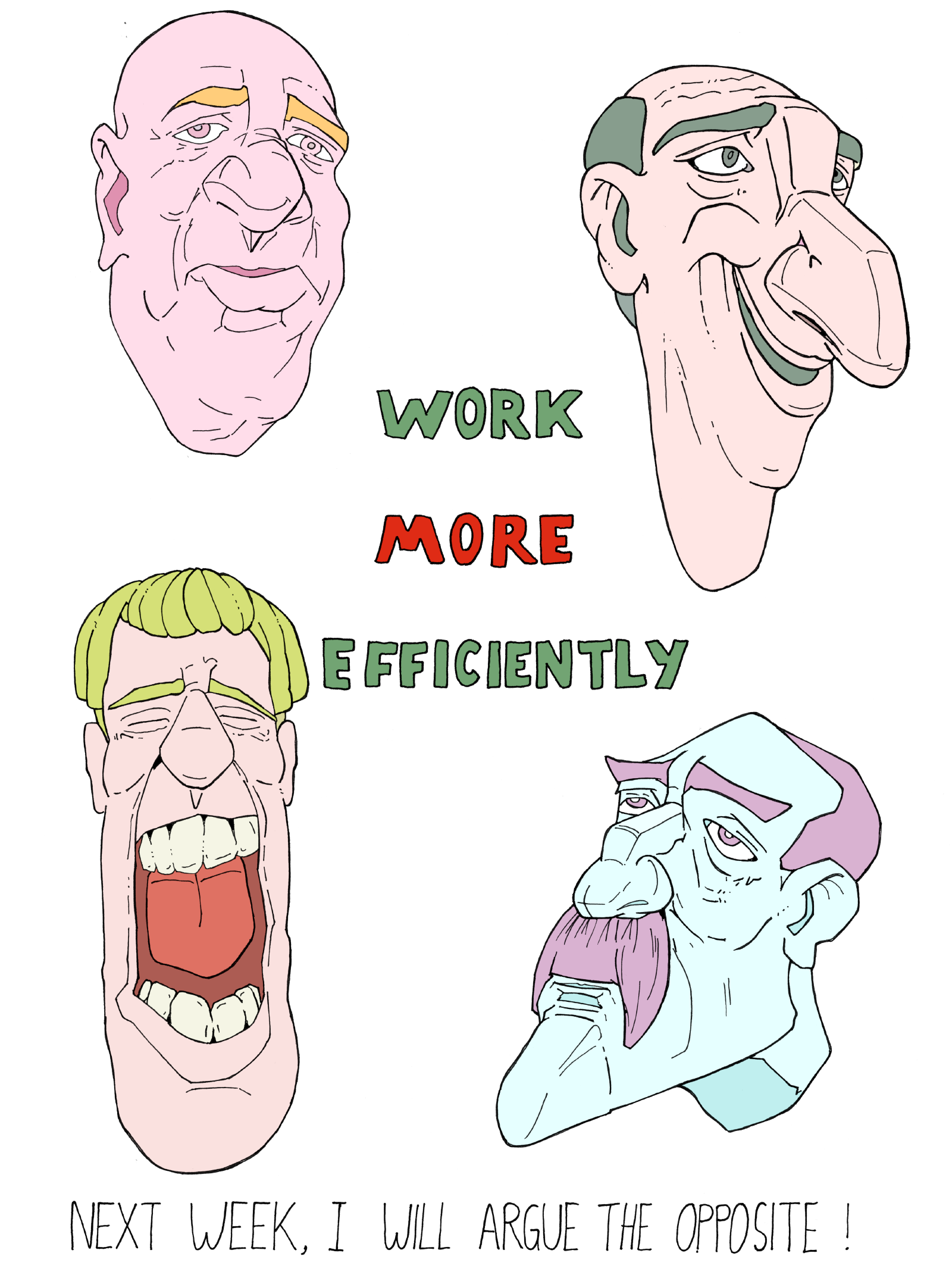