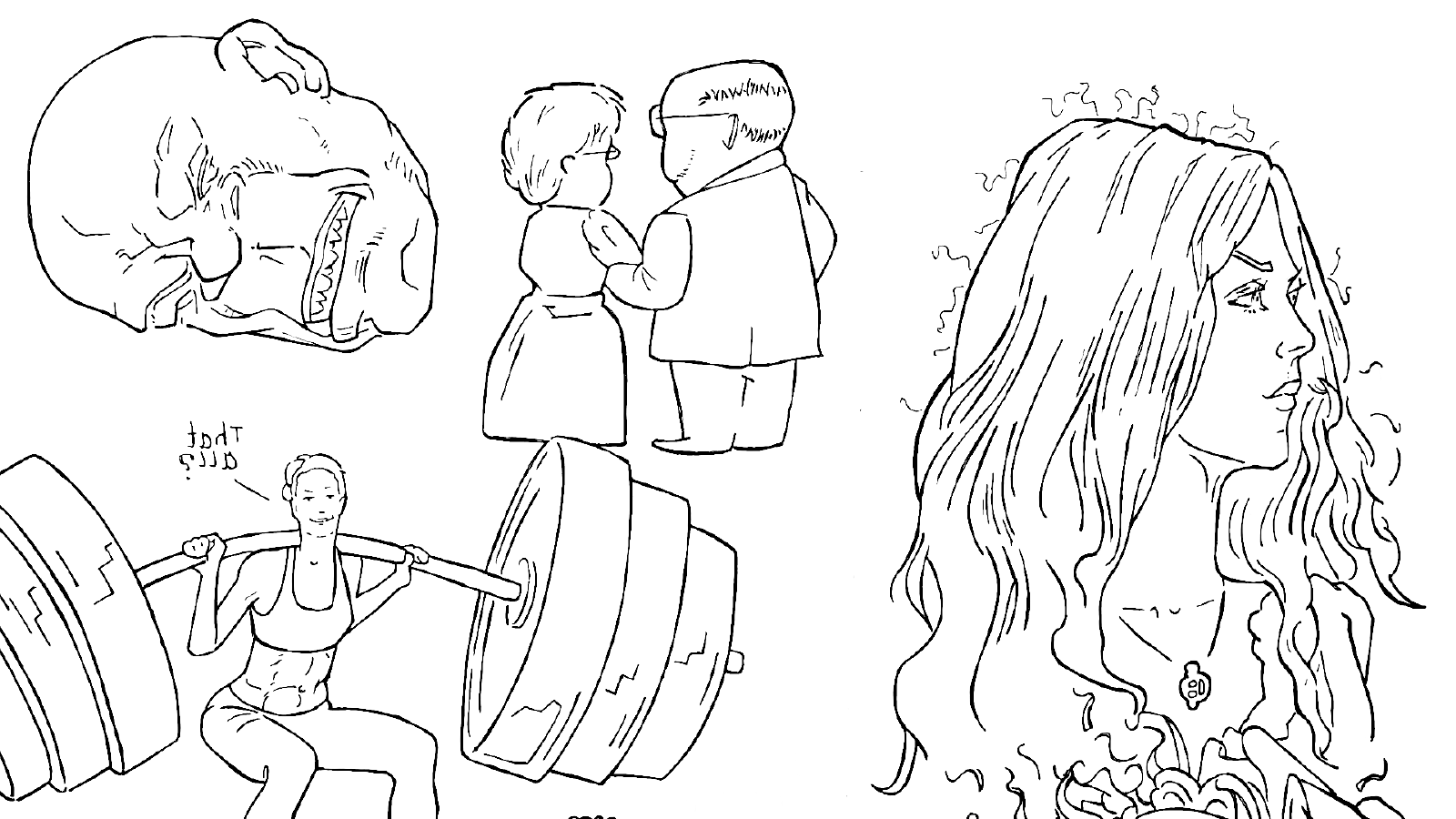 Why did Cézanne deviate from the circular symmetric shape of the fruit bowl?

To understand this, we have to go back in time a bit.The tube of paint had just been invented, allowing painters to go outside and paint scenery from observation.

And what they discovered to their dismay, was that the lighting outside was very different!

This turned out not to be the same outside!

Light and shade looked very different outside due to the different natures of lamps and the light coming from the sun.

Outside, everything tended to be more evenly lit by the sun, and so when the first painters came back with paintings they had made outside from observation, their paintings would have these evenly lit faces on them, for example.

The problem with that was that artists had been very creative with the shadow parts in their paintings.

They had taken the liberty of changing shadows a bit here and there to arrive at better-looking compositions.

They had modified the shapes of the shadows to arrive at better-looking abstract shapes on the canvas.

A layperson tends not to see this, but the painters of that time didn’t faithfully copy what they saw.

They composed and designed their images.

They changed things by removing or adding elements, or they moved things around.

They changed the shadow shapes to make them more pleasing and better fit the composition.

This was the problem which Cézanne set out to solve: how do you get “design” back into your painting again, if you don’t have the option of modifying the shadow shapes because there are no shadow shapes to begin with?

He came up with the solution of modifying the underlying volumes of the objects so that they, in their entirety, became more pleasing shapes.

The deformed fruit bowl in Cézanne's painting is an example of that.

The fruit bowl in his painting does not look like what a real fruit bowl looks like in real life.

We can see that Cézanne deformed its shape, and how his artistic choice served the composition of the painting.

We are indebted to him for this discovery. He came up with a novel solution to a creative problem.

Artists still use that today. I believe it is an important reason why we still know about him.

There are many capable artists, but not many who come up with new solutions to creative problems.

What It Means To Be Original

To me, being original is not about doing something no one else has done before; that in itself is boring, I think.

Burn a piece of wood and hang it in a museum, why don’t you.

Great. Congratulations. You did something no one else had done before.

But what was the point? What creative problem was the artist trying to solve?

Cézanne did not “break the rules,” as they say. He prioritized the rules!

He made the accuracy of outlines have lower priority than control over the design of the abstract shapes on the canvas.

The difference is slight but important: breaking rules is about tossing away a rule without putting something else back in it’s place, just to be free to do what you want.

That’s not what he did, though. He decided to make something else even more important.

He decided to let go of the accuracy of the representation of shapes to gain more control over the abstract design of the picture, something that he valued more highly.

Andy Warhol came up with the idea of mass-producing art. Before that time, art had to be made by hand, by the artist or by apprentices.

He wasn’t against making things by hand, but he decided try to use factory reproduction methods to see where that led him artistically, to see what he could make with those tools, which artists generally didn’t use.

It ended up yielding higher production volumes which, intended or not, was a benefit.

Many artists—some very big names in contemporary art—have since followed suit and produced art that way after that.

It’s not that others hadn’t done it before him—Rembrandt and his contemporaries had made and sold etchings.

But in the time of Rembrandt, the word Art had not been invented yet.

Rembrandt and his peers were seen as craftsmen.

Today, as a challenge, choose three things you would like to try which artists are not supposed to do, and see where that leads you.

Or look at one creative problem you are struggling with, and see if you can do things differently in such a way that it solves your artistic problem.

Consider the rules you are following today.

And, as an experiment, try to choose another, conflicting rule that you would like to adhere to instead.

Don’t break the rules, but instead, replace them with other rules of your choosing; choose other rules that you would like to be more important.

You don’t have to be original about it. Not yet, at least.

Try letting go of the accuracy of shapes like Cézanne did.

Or follow Andy Warhol and try mass-producting your work—through a printer perhaps—to see where that leads you.

Have you ever tried making zines, for example?

Or ditch the rule that artists have to be on social media! Stay off social media for a week and see where that leads you.

Rules can be contradictory. That is what Cézanne ran into: do you faithfully paint what your eyes see—which is a rule—or do you control the abstract shapes of things on your canvas—which is another rule? Inventing shadow that was not there was a step too far for him, or maybe he wanted to explore another solution.

Don’t let go of the rules, but choose other rules which you want to put first.

And eventually, you might come up with your own solutions to creative problems; useful insights which you arrived at because you tried things no one else had tried before!

You can see a high resolution version of the Cézanne painting here.

I also wrote about not adhering to the conventions of being an artist. In several ways, Cézanne did that too when he decided to not be a part of the Salon des Artistes scene, and to produce paintings that would not be accepted there instead. This gave him considerable room to experiment and we benefit from his discoveries today. Be like him and try to come up with new rules! See where that leads you.

If you feel like drawing, then check out my favorite drawing exercises! 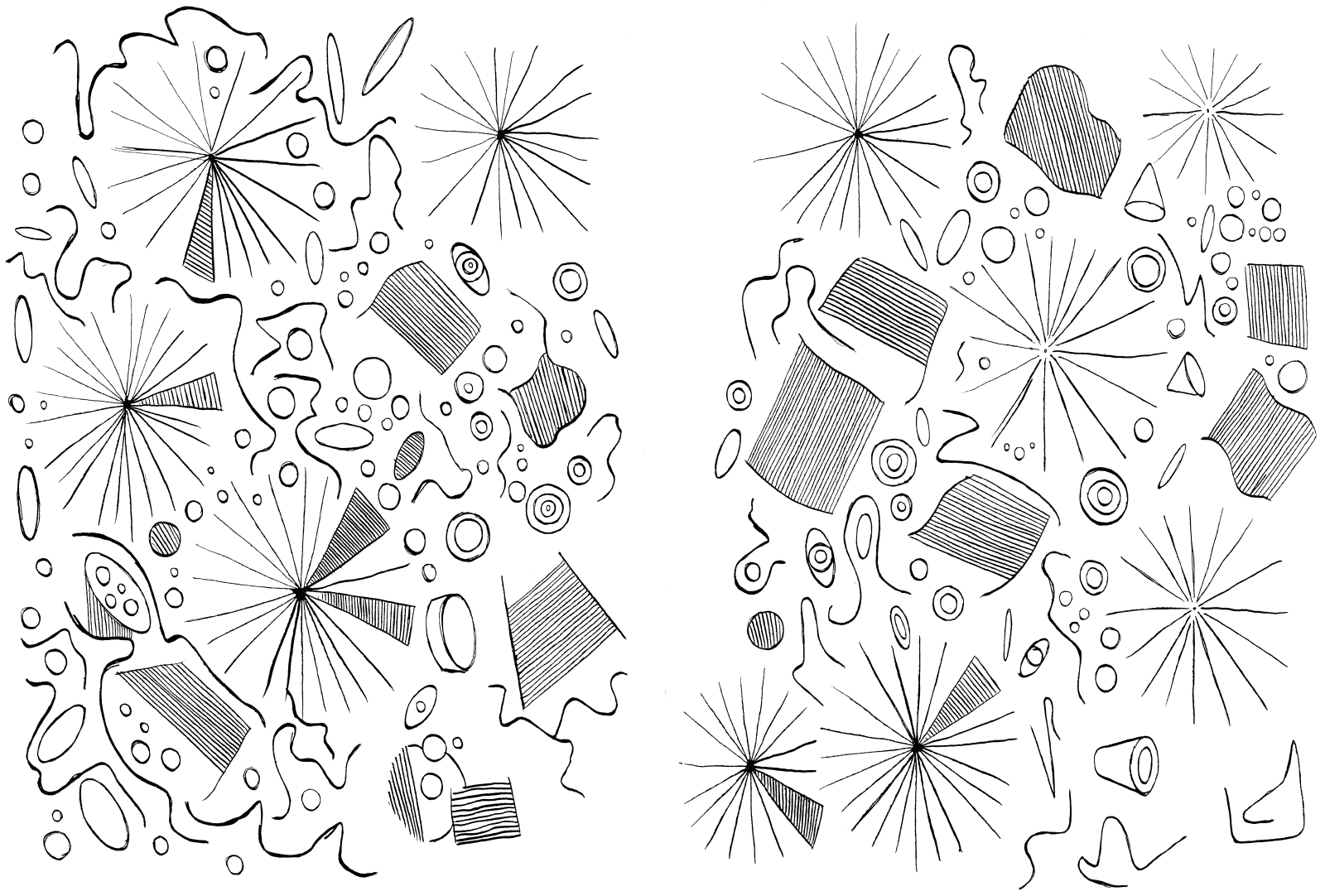 to warm up, slow down, get into the right meditative state, and improve your draftsmanship skills.

Do these form studies 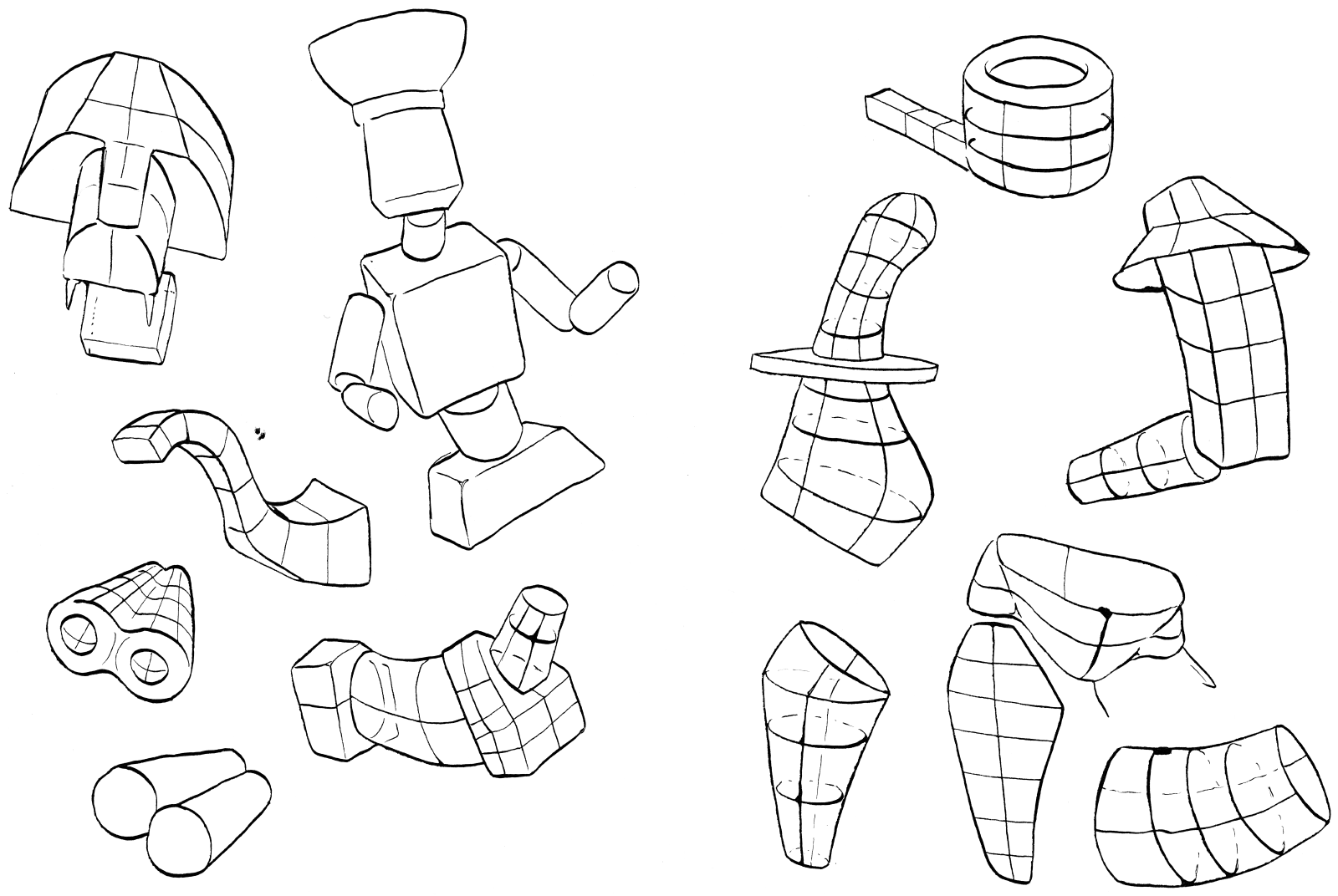 If you find it hard to create or maintain a creative habit, you can find some habit-related tips here.

Check out these pleasing, calm, art-related (mostly) podcasts to listen to while drawing. They have been automatically prepared for you to automatically binge-listen to so that you can start drawing.

Lastly, also make sure you have fun in your sketchbook after the hard practice! Here is one guide that can help you jog your creativity.